Published on February 23, 2018 by Derrick Schommer

This cocktail was designed in 1962 from the Pieces of Eight restaurant in Marina del Rey California. The restaurant closed in the 1970s but the recipe survived. The restaurant was based on a nautical theme with pirates, booty and all the lore that goes around 16th century trade. The restaurant name was based on the coin known as the pieces of eight, the first real world currency. Pieces of Eight – a cocktail with nautical history, financing and coins

Of course, because this was a world currency and highly valued (back when precious metals backed currency) it was often used and often stolen. Pirates, among others, used the pieces of eight currency and pirates are associated with treasure, which in turn is associated with rum and islands… so tiki themed nautical restaurant isn’t a far leap of faith. Of course pirates were not really exclusive to rum, preferring Madeira, Port wine, and anything else they could get their hands on.

What made “eight” such a fantastic number? Hell, the US even used it as the basis for their dollar and the stock market as a whole… because you could use your fingers to do counting. And, the coin could be cut into eight equal pieces to “make change.”

Add all ingredients into a cocktail shaker with crushed ice, give it a 5 second shake and dump the entire thing into your Chicago hi ball glass. Then, strain into a chilled coupe glass and serve! You can find the recipe featured in our AwesomeDrinks Recipe Database!

The great thing about cocktail recipes, even if they’ve been slightly modified over time, is that they tell a bit about our history. Nobody will ever visit the Pieces of Eight restaurant again, but they can at least have a taste of what the creators were thinking when you walked in the door and ordered a cocktail. And that’s worth giving any cocktail a try. 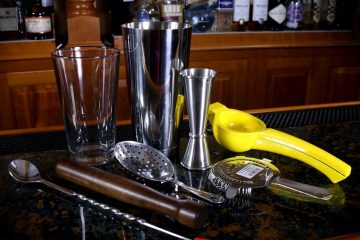 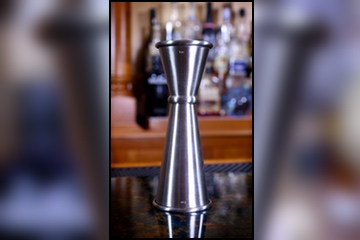 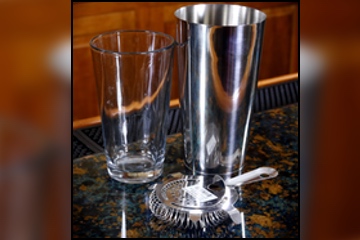 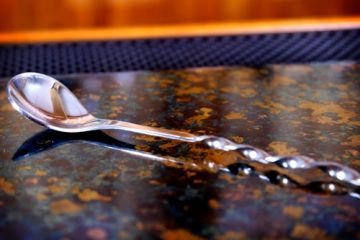